You are here: Home > Archives for Paul Lindala > Page 5

Welcome to the 4th Annual

History and Human Rights in Frame

Film producer, director and editor Kelly Saxberg has worked on over 80 films, many of them historical documentaries. “Letters from Karelia” was Kelly’s first feature length documentary about Finnish Canadians who moved to the Soviet Union in the 1930’s. It was nominated for a Gemini for best historical documentary 2006, and won several awards. Her most recent film about Finns, “Under the Red Star” is a feature length docu-drama, in Finnish and English, about the vibrant culture and politics at the heart of Thunder Bay’s Finnish Labour Temple. Both documentaries were inspired by Varpu Lindström’s research, collaboration and mentorship.

Kelly’s professional commitment is to human rights, women, and to her community as a filmmaker and historian in Northern Ontario. She is one of the founders of the Bay Street Film Festival which recently celebrated its 9th year at the Finnish Labour Temple.

Scholarships will also be awarded to University of Toronto students in the Finnish Studies Program.

Parking Across from Innis College on east side of St. George under the Rotman School.

You can enjoy a special one-night-only screening of Kelly Saxberg’s latest documentary called Under the Red Star on the following evening, on Wednesday, October 16, 2013 at 7:30pm at the Big Picture Cinema, located at 1035 Gerrard St East, in Toronto.  Tickets for that evening’s movie screening are $15.00 and Kelly Saxberg will be also be in attendance! 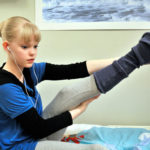 A film presented by CFF:

Parking: across from Innis College on east side of St. George under the Rothman school

Heartbeats is a series of vignettes about the everyday lives of several women in Helsinki. Each scene combines together to examine those moments of truth in which we are given the chance to reflect on our choices in life. Coming upon us “like thieves in the night”, to use Cantell’s phrase, they are small episodes that can become monumental.

The film displays skill with cinematographic technique because each scene was filmed in one take with a handheld camera, with some scenes as long as 15 minutes.

Heartbeats has been screened in festivals around the world and is an award-winning film.

You can now purchase your tickets in advance here:

Or please reserve tickets in advance (for pick up at the door) by leaving a message (name, phone number and number of tickets) by phone: 416-730-8350 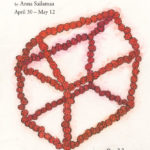 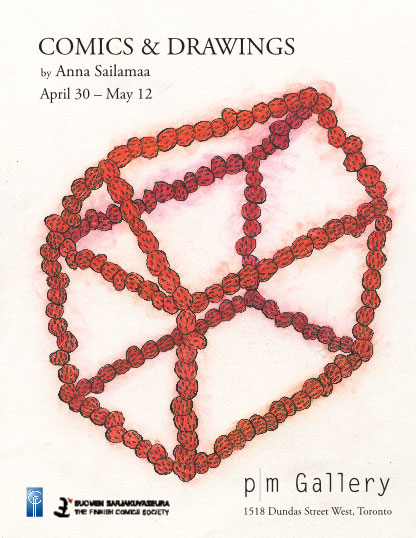 Anna Sailamaa (b. 1979, Finland) is one of the most interesting contemporary comic artists in Finland. COMICS & DRAWINGS features original artwork from several stories such as While, Kairos and Sailamaa’s upcoming graphic novel The Beehive, all rendered in unexpected and varying mediums in the artist’s distinctive style. The exhibition features also some unfinished graphic stories as well as sketches and individual drawings.

Sailamaa started drawing comics relatively late, which is probably why her art manages to avoid the most conventions of comics. In 2009 Sailamaa won first price in the International Comic Short Story Competition Fumetto. She is part of the Kutikuti collective and a member of the editorial staff Kuti magazine.

COMICS & DRAWINGS is funded by the Finnish Comics Society and supported by the Canadian Friends of Finland. Sailamaa will be present at the opening Wednesday 8th May and at Toronto Comic Arts Festival as a guest 11th–12th May. 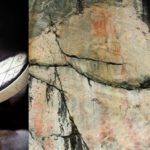 “The Story of Finnish Shamanism”

Dalva Lamminmäki will be visiting Toronto to share with Canadian Friends of Finland the ancient wisdom and healing traditions of Finno-Ugric shamanism and Finnish folklore that continue to this day. A short talk will be followed by a demonstration of drumming and chanting, and discussion.

After the presentation, refreshments of coffee and pulla will be served.

Dalva is a healer in the tradition of Finno-Ugric shamanism. Her background is in the ancient practices of the Karelia area of Finland, where she has ancestral ties. Dalva is a teacher with the Center for Finno-Ugric Shamanism, Helsinki.

The Annual General Meeting of the Canadian Friends of Finland

will be held Wednesday May 29, 2013 and will feature the speaker John Plumpton on the topic

John Plumpton, a retired Superintendent of Schools, is past-president of the International Churchill Society of Canada and The Churchill Centre in the United States. He was also a Director of the Churchill Society for the Advancement of Parliamentary Democracy. Founding webmaster of www.winstonchurchill.org, he has written extensively for the Churchill Centre journal, Finest Hour, and is now its Senior Editor. He presently teaches a course on “The Life and Times of Winston Churchill” in The Life Institute at Ryerson University.
Croft Chapter House at University College at the UofT, 7pm – 9pm
[mappress mapid=”15″]