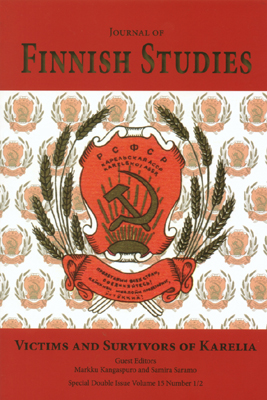 In 1997 Finnish Studies Program at the University of Toronto under the auspicious of the  with Prof. Börje Vähämäki as Editor-in-Chief established the only English language  journal in its field, the Journal of Finnish Studies (JoFS). JoFS publishes scholarly articles of relevance to Finnish language, literature, and culture, but also to Finnish North American language and culture. JoFS also published book reviews.

JoFS is currently in its 15th volume. In 2009, Professor Beth L Virtanen became Editor-in-Chief, and JoFS moved to Finlandia University in Hancock, Michigan. Since January 2011, JoFS has resided within the Department of English at Sam Houston State University in Huntsville, Texas, and is edited by Professor Helena Halmari.