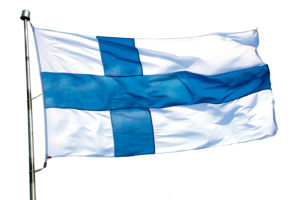 A Celebration of Finland’s Independence,

with a Piano Performance,

and the continuation of our

7:45 pm Olga Nechepurenko (Väisänen) is a Toronto musician, specializing in piano performance and music theory. She received both her BFA in music and MA in musicology from York University, studying with Professor Christina Petrowska Quilico. She is now doing her postgraduate research in Finnish classical music and teaches piano and music theory.

8:15 pm Börje Vähämäki, born in 1944 in Vaasa, Finland, studied at Åbo Academy, Finland, graduating with his MA in 1968. He worked in Oulu as a school teacher until 1975 when he became assistant professor of Finnish Studies at the University of Minnesota. Except for a short sojourn 1984-86 as professor of Finnish at Stockholm University, he taught at Minnesota until he moved to Toronto in 1989 to inaugurate the Finnish Studies Program at UofT. While still at Minnesota, he obtained his PhD from Åbo Academy in 1984. At UofT, he built the Finnish Studies Program, taught language, literature, including Finnish immigrant literature, folklore and film courses, until his retirement in 2009. During his career, he published books and articles on Finnish linguistics, Finnish literature and Finnish folklore, founded and edited the Journal of Finnish Studies in 1997, and established a publishing company named Aspasia Books in 1999.

Please take this opportunity to celebrate the 101st year of Finland’s Independence.

Donations to CFFEF will be welcome

(Near Avenue Road and Bloor Street)