You are here: Home > Archives for Paul Lindala > Page 4

The Canadian Friends of Finland is co-sponsoring this event at the Munk School of Global Affairs:

A Lecture by Mr Pertti Voutilainen.

Europe is losing political and economic power in comparison with other parts of the world. Most European economies are suffering from heavy debt burdens and low growth rates. Unemployment in some countries is intolerably high. People are starting to riot. What is wrong with Europe? It seems that Europe is losing ground, especially to America and Asia.

Pertti Voutilainen was born in in 1940 in Finland. He holds MSc in mining engineering from Helsinki University of Technology, an MSc in business management from Helsinki University of Business Administration, and a degree in mineral engineering management from Pennsylvania State University. He worked as a CEO of Outokumpu, CEO of Kansallis Banking Group, President of Merita Bank, and Executive VP of MeritaNordbanken. Mr. Voutilainen also served in the boards of several companies in Finland and Sweden. He is currently a board member of AgnicoEagle mines.

This event is free but attendance must be registered on line through the Munk School of Global Affairs website. 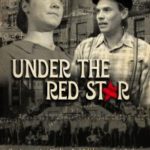 CFF is pleased to promote: 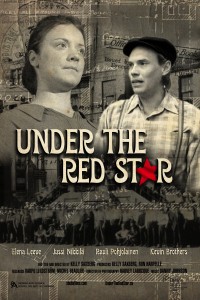 Under the Red Star is a feature length docu-drama, in Finnish and English, about the vibrant culture and politics at the heart of Canada’s largest labour hall.  In 1910, Finnish immigrants built the Finnish Labour Temple in Port Arthur, Ontario (now Thunder Bay). In its early days it was inseparably linked to the activities of Canadian labour and the left. The Big Finn Hall was a place where culture and politics came together. This film integrates archival footage, photos and fictionalized scenes to bring to life the lively and dramatic past of the early years of Finnish immigration to Canada. Under the Red Star tells the story of the struggle for a just society in the early twentieth century Canada. 79 minutes. 2011 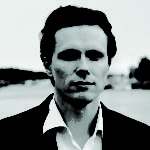 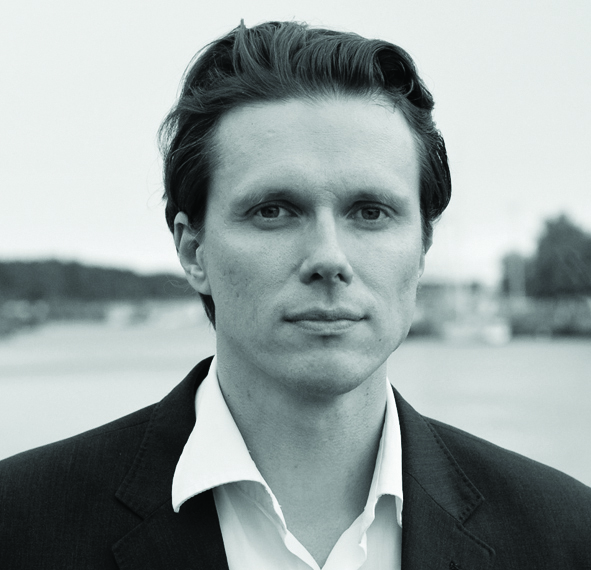 A frequent guest in Berlin, Brussels, Glyndebourne, Helsinki, London, Paris, Salzburg and Vienna, Topi Lehtipuu has appeared in concert halls and opera houses all over Europe, as well as in Japan and the USA.

Accompanied by Christophe Larrieu from France.

Topi Lehtipuu was born in Australia of Finnish parents and grew up in Tampere, Finland. As a full time student of the Sibelius Academy he perfected his musical education in piano, violin, choir conducting, and singing. At the same time he dedicated himself to an unusual range of artistic activities.

Topi Lehtipuu is an imposingly handsome figure on the stage and owns a big supple tenor voice that is pure gold throughout his range. He has the technique of a man born to perform Baroque and bel canto music, but he is equally at home singing music form all periods, including contemporary works.

The timbre is very good – lyrical yet full and heroic, with a sufficient amount of ‘bite’ for the ‘war horse’ pieces, yet fully lyrical for the more tender pieces.

Lehtipuu’s recital shines in both performance and in selection of repertoire.

Find out more about this talent through his website TopiLehtipuu.com.
From Hans de Groot’s blog in Wholenote:
Topi Lehtipuuis a Finnish tenor who is acclaimed for his work in Baroque music (Monteverdi, Bach, Handel, Vivaldi, Rameau) and in Mozart’s operas (Belmonte, Ferrando, Tamino). But he has also performed a great deal of Romantic and modern music. His debut was at the Savonlinna Festival in Britten’s Albert Herring; he has sung (and recorded) the part of David in Glyndebourne’s production of Wagner’s Die Meistersinger von Nürnberg as well as, also at Glyndebourne, that of Tom Rakewell in Stravinsky’s The Rake’s Progress. This month he will be singing contemporary music at Carnegie Hall in New York with the ACJW Ensemble and he will return to New York in October to sing the tenor arias in Bach’s St. Matthew Passion with the Berlin Philharmonic under Sir Simon Rattle. The Canadian Friends of Finland are sponsoring Lehtipuu’s debut performances in Ottawa (May 20 at the First Unitarian Church) and in Toronto at the Agricola Finnish Lutheran Church May 22. The recital will begin with Schumann’sDichterliebe and will also include arias by Vivaldi and Mozart as well as songs by Duparc and Fauré. Finnish music will be represented by two songs by Sibelius and by The Forest Maid(Siniipika) by Toivo Kuula, Sibelius’ pupil. The recital will end with music by Gershwin. The pianist is Christophe Larrieu.

PRINT OUT YOUR RECEIPT AND BRING TO THE CONCERT: THIS RECEIPT SERVES AS YOUR TICKET

$100.00 Preferred Seating, includes Reception –  $50 tax receipt will be mailed to you (please include your mailing address)

You are cordially invited to attend:

A Celebration of Finnish Independence, a Piano Performance, some authentic Finnish food & the continuation of our

7:00 Conversation, drinks (cash bar) and an array of Finnish finger foods (including piirakka)

8:00 Piano performance by Heidi Saario. Heidi will include her wonderful interpretation of Finlandia.

8:30 Ken Mark will continue our Unique Lives series. Ken is a Toronto-based freelance business writer. His passion for things Finnish began in the summer of 1968 as a member of the UofT Hart House Finnish Exchange. He is the longest-serving Board member of the Canadian Friends of Finland and served as President from 2003-2005. He’s also on the Board of CFF-EF. He brings a unique perspective to the Finnish scene.

Please take this opportunity to celebrate the 96th year of Finnish Independence. Please note, because of space limitations this event will be limited to 70 people.

COST: $30.00 per person (includes food) Donations to CFF-EF will be welcome.

Sibelius and the Tone Poems

The seminar will be hosted by Toronto writer, broadcaster, lecturer and musical tour guide, Rick Phillips. Through the use of many recordings, Rick will explore the wonderful world of the Sibelius tone poems.

Sibelius was a master of the tone poem and wrote many that are linked to Finnish legend and lore. Finlandia is the most famous. He once said, “I am above all a tone painter and poet.”
Please take this opportunity to add to your musical knowledge and enhance your enjoyment of great music by one of the world’s great composers.

For more information or to register:
call Ron Walenius 416-483-5645
or e-mail rwalenius@rogers.com

Refreshments will be served